It is Action Henk! Yeah, with an ‘E’! Action Henk is a speed-running momentum based 2.5 D platformer game where you can get lost inside the nostalgic toy world. Henk, the character runs, jumps and slide all the way through the checkpoints with his blazing butt to top the leaderboard. It’s a typical (not really!) running game with an addictive physics and it becomes more addictive when you get along with the track and get used to the momentum tricks you can do with the character.

Henk is a bulk guy with his superpower-The Butt Slide. He runs and runs forever with his huge body to do the most addictive platform stunts. As his name suggests, he often looks like the elder brother of Action Hank from Dexter’s Laboratory. 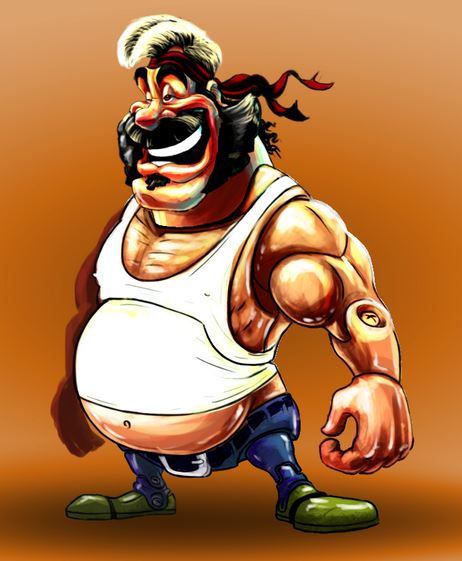 The whole point of the game is to run through different paths to the finish line as soon as you can. It all depends on the speed and the moves you make to choose the right path that will slash off a few seconds from the timer. Unlike the popular games, Vector and Temple Run sliding down the obstacles is way too easy and longer with his super butt and it not only avoids any hard bumps on the head but also saves you a few seconds.

The first public build of the so-called toy-stalgic game is available here and you can spend the day playing. Though the build has only three levels, I spent the past three hours playing around the tracks and doing all the possible tricks I can, to ace the scoreboard. The whole game will give you the feel of the old sonic run with some uniquely exaggerated physics and fun. Have fun running.