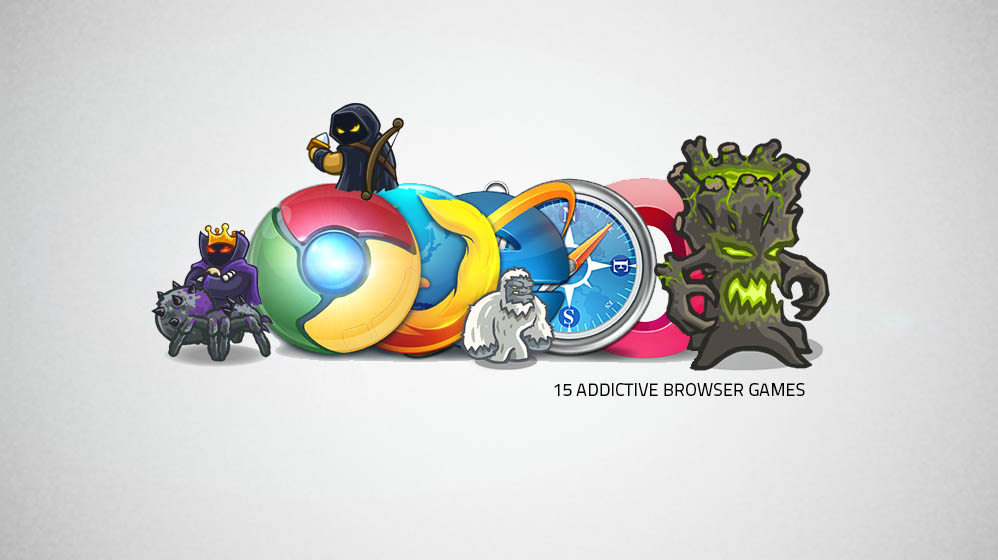 This game is a derivative of similar popular number-match apps like 1024 and Threes, as mentioned in the website. The tiles should be moved appropriately to form the number 2048, and it wouldn’t be easy or so impossible, as it would just take a few hours of fun to do that. And they’ve got more versions too.

Bloxorz is a simple Miniclip game, that haunts you with its high quality textures and of course with its addictive style of gaming, where you crawl upon squares as a cuboid.

TagPro is a ‘capture the flag’ multiplayer game, where you play as a ball on a table similar to a pool table, trying to capture the opponent’s flag. What makes the game addictive is, that little FPS guy in you, who used to play the CoD version of it. Though it’s just balls, it makes you sick if you bleed blue or red.

I spent four solid hours on this one. If you are an incremental game freak, take heed about this, as it might invade your workday, throw you back to the mining life, and kill your mouse. This cookie based JavaScript game is quite interesting and addictive once you gain enough resources and invade enough lands to build a wonder. Keep clicking and have fun.

This is quite, subtle and a gentle game and as the name suggests, it’s atomworks. The game is to move the orb around the graphically enriched environment with bombardments.

Prepare to open your eyes and fall into the never-ending boxes. The game haunts your eyes, rips apart your visual cortex, and tempts you to go into the box forever.

This is a tower defense game, which would eventually turn you into an angry beast when all hell breaks loose and your defenses fail. I don’t recommend playing this as your life and anger management skills would be put on the line for a while, until it gets bored.

This is a jumper game similar to the Tigress Jump; you have played long before, except that you have to play with the bunny now. This definitely is an addictive one and being said that it resembles the addictive Tigress Jump, this could be played as its winter version.

Rhythm music fans are the target here, and you guys are gonna lose a few hours in your day, as this game is so addictive that you would pop-out your keys to the death. There are few cool tracks too. Enjoy the guitar rhythm again, in your browser.

3Bored is an html-based game with simple shapes and a black background. The gameplay is simple that you want to stay alive as long as possible, yet it gets in to your mind soon and probably when you look at the clock, you might’ve lost a few minutes.

Blinkwang tests your blink memory by flashing you a certain screen with number of elements, and letting you to guess the number from your memory.

Talking about the irritating games, this might add up to the list and would make a better chaos than any other game. Your mission is to defend your base from the space invaders.

Runfield from Mozilla is an HTML5 runner game that makes you dizzy so soon, if you are too vulnerable for motion sickness.

A blissful game and unique puzzle board game, which gets addictive once you start mastering it slowly. Make sure you lay the path correctly so that you swap more tiles to score the best.

HexGL is a HTML5 game based on WebGL API. The futuristic racing game has a stunning graphics and the game’s competitive leaderboard gets you addictive e and no wonder why I spent a few time getting to the top.