Reply To: How fast and large a comet should hit the moon to dislodge it towards earth?

Let’s get the basics straight and analyse stuff from there. Moon is a rock. A very big one indeed. For your story, you need that rock to fall on the Earth. Nice! I reckon that you want the moon to be in one piece too.

Moon is in a fairly circular orbit around the earth. It has an orbital velocity with a tangential and radial component. And To force the moon towards the earth you need to stop its linear momentum (p=mv — where m is the mass and v is the velocity). In other words, if you change the tangential velocity of the moon thereby changing the linear momentum, you can change its orbit.

And this force can be a small series of impacts applied for years—repeated asteroid, meteor, comet impacts. Or a quick one—a catastrophic impact from a huuuuge asteroid.

But impacts and collisions are tricky if you want the moon intact! The impact should have enough kinetic energy to reduce the momentum, but not too much to blast it into pieces—as an inelastic collision with kinetic energy higher than that of the moon’s gravitational binding energy will pulverize it.

So ideally the kinetic energy of the impactor should be below 3.6 x 1028 J. and should not exceed 1.2 x 1029 J (this is the gravitational binding energy of the moon). And you’d need a rock that’s equally big and dense as the moon—so you’d need an asteroid.

But the moon will probably be ripped off before it hits the earth anyway!

The physical effects after the impact

As you might know, a planet or a satellite in an elliptical orbit will have the fastest orbital speed at its perigee and the slowest at its apogee. This is due to conservation of angular momentum. 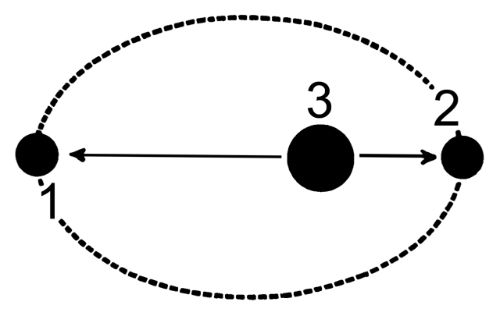 After the impact, when the moon’s orbit decays and it drifts inwards towards the earth, the physical effects of conservation of angular momentum becomes apparent. Contrary to your intuitive belief, the moon’s orbital speed would accelerate as a result of the smaller orbit and tidal forces imparted on it by the earth.

The moon is relatively tiny compared to earth. So when it’s close, the gravitational attraction of earth will impart even more brutal tidal forces on the moon, that when the moon gets around 9492 km (Roche limit), gravity will rip the moon into tiny chunks—causing an accretion disc around the earth. Now instead of one giant rock smashing your home, you’d be looking at millions of rock chunks smashing the earth.

But fear not! At this point, even before the moonlets hits the surface, the planet would suffer and die from other gravitational effects—tsunamis, earthquakes, volcanic activity—you get the gist!