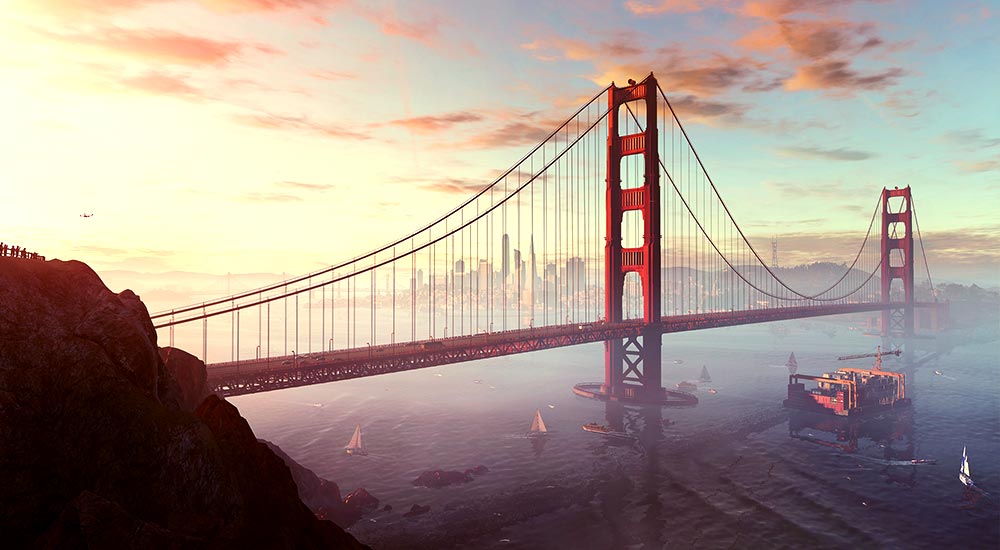 Only if we could fly a helicopter over this.

When Watch Dogs 1 came out, I was constantly ranting how broken the game was. It was terribly optimized, poorly designed, with a surfeit of bugs, biting all the way to the end. And as always, what we got here from Ubisoft, is yet another stunning but broken and a poorly optimized bag of an unplayable mess of a very good open world game—inheriting the same traits from its precursor.

The driving. Oh yeah. Finally, it got fixed in this one and the cars no longer feel like being sucked into a gravity well. The vehicle handling is smooth and less painful, even in lagging online plays. And the vehicles are now hackable too. Kudos to Ubisoft for finally learning how to listen and read feedbacks from the community.

The network bypass puzzles, although an annoyance, is better this time and it’s actually projected on physical locations. They can be found with the help of the ‘NetHack’ view that cues players visually into hackable objects. It still gets exhausting at times and feels unnecessarily complicated.

The best stuff in the game is the 3D printed RC jumper and the quadcopter. They practically are the remote versions of the main character, except for some offensive actions. I had too much fun with these and actually completed most of the missions with RC.

Well, it’s not a Ubisoft game if it doesn’t have serious performance issues. This one has outsmarted the previous game in this front. With a GTX 950M of 4 GB VRAM on an i7 4750HQ, I could get a decent framerate above 30 at ‘high’ settings at a 1920 × 1080 resolution. But as thousands of users have reported, the gameplay suffers from sporadic stutters and frame drops, mostly while driving.

Disrupt engine truly have disrupted the gameplay here. Played the game for about three weeks now and I dread whenever a mission comes up that requires driving. It just lags no matter the updates or the profile optimizations. While Ubisoft support blindly keeps pointing fingers at the hardware, it is a fact that their brand new ‘next-gen’ Disrupt is not so next-gen at all. That’s where the problem lies and it’s a shame that Ubisoft won’t acknowledge it.

While the driving mechanics have been improved, the shooting mechanism is just not that good. Again! I am comparing it with the Far Cry series, which has a similar cover fire system that’s more likeable and playable.

The story is lacklustre, comical, and cringe-worthy at times with not much importance to logic or characters. But as long as the gameplay contrasts it with a well-designed San Francisco and missions, it still feels okay and good.

I stopped playing by the third week and uninstalled the game. I simply couldn’t continue with the performance issues dragging the interest out of the game. I have started Far Cry 4 again, as it still got two playable storylines and the DLCs—all stable and good, thanks to Dunia 2. Honestly, watch Dogs 2 could’ve been a lot better if they had used Dunia 2 instead of Disrupt.

To conclude, Watch Dogs 2 is a good open world game with a terrible open world game engine. Try the game before you buy it. And remember. When it comes to Ubisoft games (or any video games for that matter), no pre-orders.