Battlefield 4 and the Future of First Person Shooters 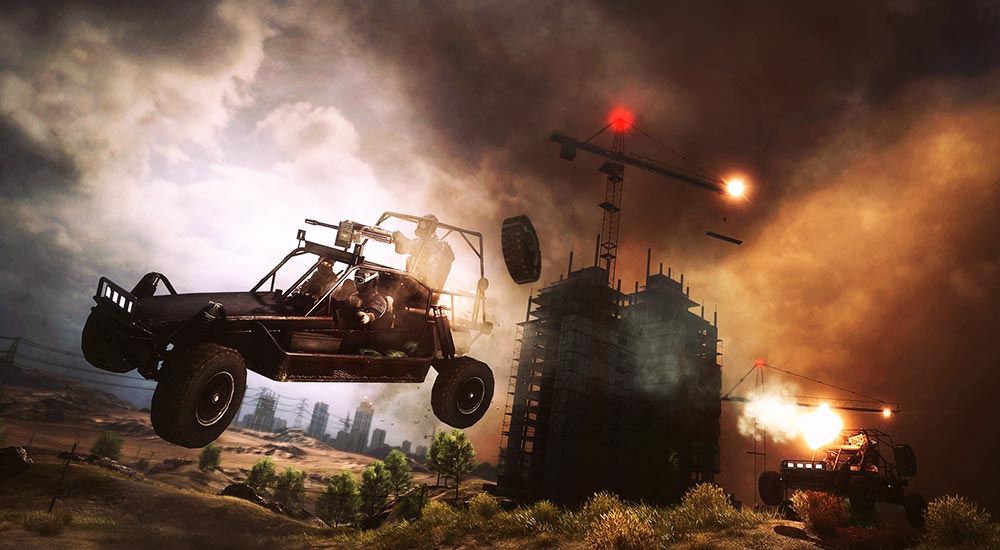 I should have written about this right when I got into the beta, but I was too busy with it to find time. Anyways, I just got Battlefield 4 and finished the game in just three days. Though the game wasn’t flawless, it felt like the best FPS game I have ever played.

Both Battlefield 3 and 4 will definitely be holding the place at the top for a decade at least. As I have mentioned in the previous article on the reveal, the fourth instalment is technically a 3.5 upgrade to the previous one — again with a short campaign and no offline LAN play.

The multiplayer maps are designed good (that awesome moment when the Shanghai tower falls), and the netcode stack is improved a lot since 3. I played for a while on Siege of Shanghai on a US server from India and experienced a good gameplay even with 64 players. The only issue with the maps is that there are way too many spots for the campers to camp and light a fire and host a party. At one point, more than half of my team were camping on the rooftops, while my lonely squad took all the fire down. This is expected on a few maps.

On the technical front, DICE had done a great job. With the improved Frostbite 3 engine and the DirectX 11 support, the tessellation technology (adds depth and shadows to a few textures and models) is quite noticeable with only a bit of an impact on the performance. On my GTX 540M, I was still able to get around 40 FPS with everything set to medium. The destruction and realism are better than what I expected.

So what do all these mean for the whole FPS universe? Once after anyone plays Battlefield 3 or 4, it is obvious that no one would find any other FPS games visually appealing to this level. It is indeed true, as I can’t even look at Call of Duty Modern Warfare series the way I saw it before. I can’t say anything for Ghosts. It looks the same and other future games from Infinity Ward would be the same as well.

Battlefield 4 has got everything perfect, be it the visuals or the audio effects, they are meticulously crafted and placed to present that signature realism from Battlefield 3. Though with interactive environments (levolution — a silly buzzword) and resource intensive destructions in a 64 player multiplayer map, it is all procedure based generation for now.

The future of FPS is all in the realism and physics that don’t actually look cartoonish or simulated that are good enough to be modelled around a casual gaming hardware. Throwing in a dynamic and ‘non—procedural’ model, unique for every player, would be the first thing to look for in the upcoming games.

As for the military genre, I think this is going to last for a long time along with other shooters like Battlefield 3 and Call of Duty. Any more of the same timeline will soon grow boring too. I hope there is a nice world/civil war style script in the making.