How Digital Remastering of a Film Works? 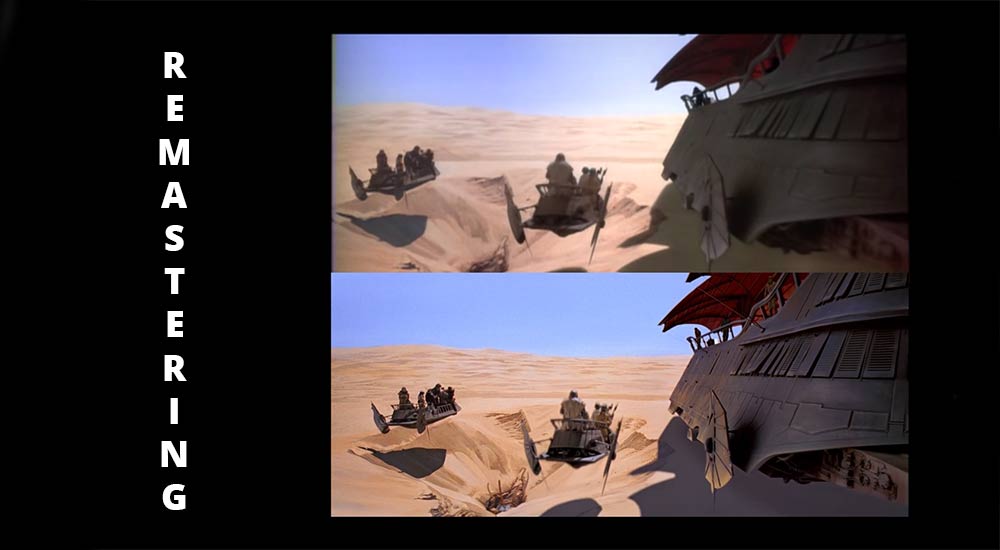 Digitally remastering a film is a painstaking art of reviving the old films to accommodate the application of modern enhancements for digital preservation. In this edition, we explore remastering and the fundamental process involved in restoring a film.

In earlier days, films were usually filmed with, well … photosensitive films that can be treated chemically to recreate the frames! Even in modern day cinema, a few creators choose to work with films because of the nature of how everything is recorded.

If you take your smartphone camera or a DSLR for example, a video is recorded as continuous frames that hits your sensor, which records the intensity of light in the discrete form of red, green, and blue (RGB) pixels.

But films are very different from that. They are literally a chemical film that has photosensitive emulsion on it, which reacts to the light when exposed through a camera lens. Due to this, the quality of a picture from a film is outstandingly accurate and clear.

The frame is so detailed that you can remaster an old 35mm film even beyond 8K UHD resolutions — given that the film is well preserved and the recording process was done properly.

If films are better why remaster it?

Well, like any physical entities, films are exposed to physical wear and tear too. You could very well notice it if you examine a film closely or a play an old movie using a film projector. There would be scratches, blotches, stains, grains, flickers, and other bizarre things if the film was too old. And this makes it hard to rely on film reels for archival purposes.

In general, old film masters are remastered digitally for two reasons. Convenience and preservation. Scanning to digital, of course, we are losing a lot of information from the film. But the lost data at a resolution above 1080p is not that noticeable to an average consumer who usually watches it on a smaller screen. And we do get to store it in our laptops and smartphones instead of physical storage spaces. So, why not?

Remastering is an arduous and painstakingly long process. How long, you ask? Let’s see. An average movie is about 130 minutes long. The usual frame rate for a movie is 24 fps. That’s 1,87,200 frames to process—individually.

So a remaster process usually spans over the course of months and sometimes years. Each individual frame from a film negative roll had to be cleaned physically, scanned, and then processed digitally.

Remastering, like post processing, is as much an art as creating the entire film. And long live the film cameras.