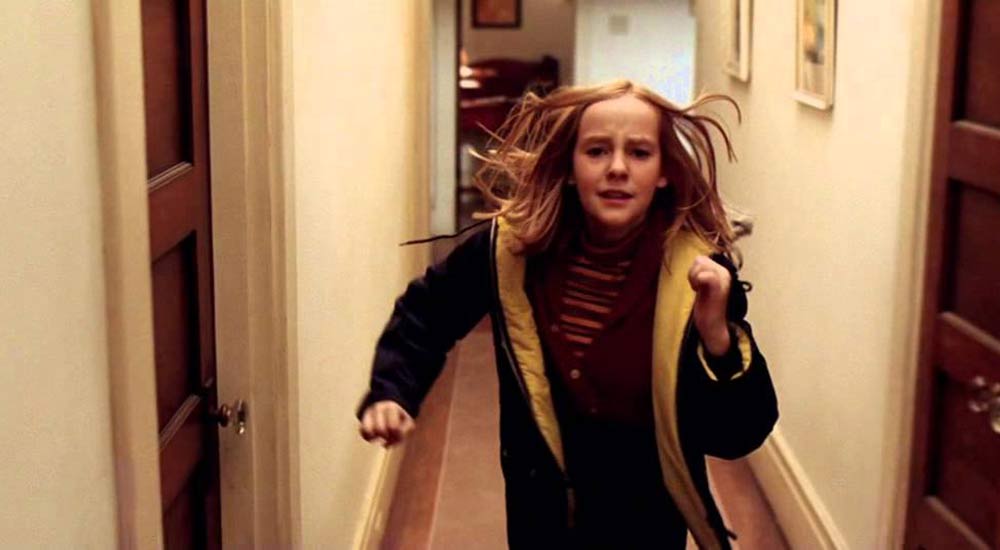 In the 1997 film Contact, there is a memorable shot of the young Ellie, running to the medicine cabinet. As she runs up the stairs, we see her running towards the screen as the camera in front of her continues to capture her through the hallway up to the bathroom cabinet. Upon reaching the cabinet, the camera appears to pass through the mirror, giving us a magical perspective that the entire shot was captured inside the mirror.

Here is the scene!

But how did they make it look like the camera somehow passed through it to the real world, while still showing the real Ellie and her reflection in the mirror?

In the post-production, the steady cam shot was flipped the other way and was composited onto the blue screen with a mirror overlay (with dirt and bevels) to it. If you re-watch the above clip frame by frame, you can clearly spot some minor differences between the two hands when the transition happens.

Contact is a great film, adapted from the novel of the same name written by the one and only – Carl Sagan! Go watch it! :)