How the Fractal Zoom Sequence Was Filmed in Limitless? 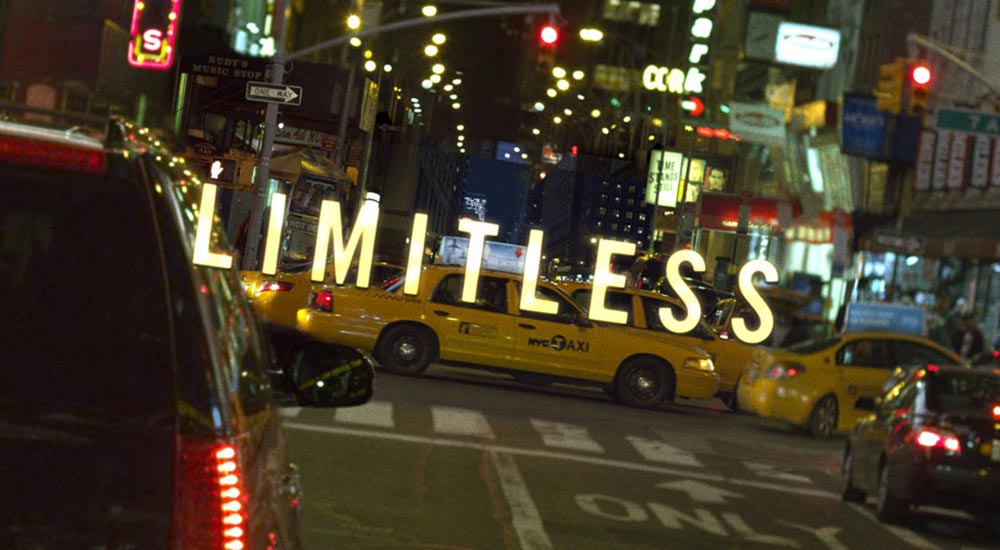 The Limitless movie has just created the most iconic and probably one of the visually outstanding camera works ever! The opening title sequence of the movie is one long shot that starts from a bird’s eye view near a skyscraper, and just keeps zooming on and on and on! We see the camera, traversing through taxi windshields, transporting to different elements, then into a jumbotron , where the perspective changes to microscopic imagery with MRI brain scans, only to end up again with a bird’s eye view of a city — all with seamless transitions that almost makes it look like the entire sequence was filmed with a sentient camera from the future!

While it is obvious that elements like the camera fall and MRI are CGI, the rest of the shots are entirely the result of practical filming, with some CGI only as duct tapes for transitions. As it is undeniable that a lens with that freaking power of zoom can’t exist, the crew had to film the entire stretch of streets, up to the jumbotron, block by block, with three-camera rigs (RED 4K) that had different zoom lenses. The rig had a wide-angle lens, followed by a medium and then a close-up lens. And all the three cameras were set to film simultaneously too!

Here is how the fractal zoom sequence works! The zoom sequence starts with the footage filmed with the wide-angle lens first. As soon as the resolution runs out, they seamlessly transition to the next lens, and then the next and continue. Then the next set of footages takes over. The 4K resolution ended up helping with the continuous transitions. When a lens’s zoom maxed out, the 4K resolution still gave the effects crew some room to zoom in a little bit, without having to compromise the actual film resolution.

Some other interesting things happening here is the taxi transitions. For this, the crew actually attached cameras to the back of the taxis and blended the shots with the rest of the shots at exact moments to give that traversing effect where the camera looks like it goes through the windshields. If you observe closely, you can also find that these shots are actually looped in the middle.

Thanks to these creative process from Look Effects and Comen VFX, Limitless has now won a special place in the VFX community with the memorable fractal zoom effect.

For a more in-depth and technical perspective about the fractal zoom effect, read this fxguide interview with Look Effects and Comen VFX.